Tipping in Rome: all you need to know 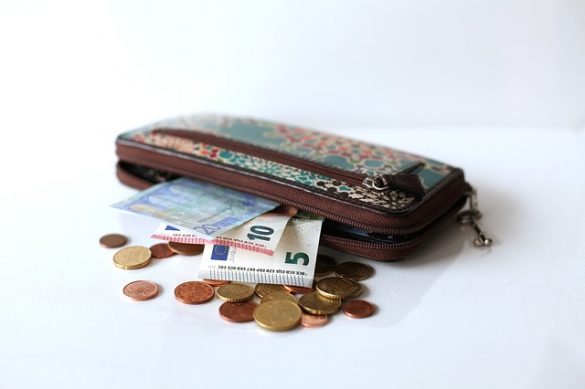 Tipping in Rome: when you should, how much to leave, when it is not necessary. An insider guide about the tipping rules and etiquette in Rome, Italy.

One of the most common questions among first-time travelers to Rome whether tipping is expected in the city and, in that case, how much it is appropriate.

Despite what you may have read online, the short answer is YES, tipping is expected and the polite thing to do in many cases in Rome, although it is not as widespread as in the United States.

This is my quick, no-nonsense guide to tipping in Rome.

When to tip in Rome and how much to give

If everything went well, it is normal and expected of you to leave some form of a tip on the table for your waiter / waitress, may it be a one Euro coin for a cheap meal or a more substantial sum for a larger one.

How much to leave is entirely up to you but tipping in restaurants is a gesture that shows appreciation more than anything else so you do not have to break the bank nor abide by a special percentage.

A couple of Euro for lunch or one euro per person in case of larger meals is a good rule of thumb.

Despite what you may have read online, not leaving a tip in Rome is usually perceived as a sign that something went wrong and service was poor.

One of the reasons why people often get confused about tipping in Rome are items that appear on the bill and that are specific to Italy: coperto and servizio

Coperto (cover charge) is a, usually small, charge that goes to the restaurants (not the waiter). It is a residue of when it was possible to bring your own food to a restaurant and covers all non-food items, so cutlery, table cloth etc. Coperto is illegal in Rome and Lazio so, in the unlikely event of encountering it, contest it – or better, choose a different restaurant.

Servizio (service charge) is usually a percentage of the bill total and is effectively a tip. If this item appears on the bill you do not have to leave a tip although you may decide to do it anyway in case of exceptional service.

Should you tip for coffee in Rome?

I never tip for coffee in Rome however, many people do, usually hoping for speedier service.

Those who do tip, usually do so handing over a 20 cent coin along with the receipt: if you don’t have a coin, don’t sweat it: tipping for coffee is not expected nor standard.

Another situation when tipping can be controversial is in taxis.

In general, tipping taxi drivers in Rome is not necessary however, it is becoming more and more common to round up your bill, especially if it makes change easier.

This is entirely discretional, not expected and usually only done if the driver was especially helpful or pleasant.

In small and mid-range hotels tipping is usually not expected and not necessary.

In bigger, American style hotels things are a little different but usually, a few euro slipped into the hands of the porter carrying your bag is enough.

You usually do not tip housekeeping staff unless you have special reasons to or they went above and beyond for you in exceptional circumstances.

You never tip in shops in Rome and you also never tip the owner of a business: so for instance if you go to the hairdresser and this is a one-person business, a tip is not required.

You do, however, usually tip an employee so, in the example of the hairdresser, you may leave 5 euro to the person who did your hair: you can give cash in hand or mention their name when paying at the main till.

Tipping tour guides in Rome is usually not necessary, especially in the case of expensive tours, although a few euro to a good guide will always be a nice gesture.

Free tours usually come with an expectation of a more generous donation and the amount is entirely down to what you feel appropriate on the day.

I hope you fond this quick overview of the rules and etiquette for tipping in Rome useful. Safe travels!

Tips for visiting the Colosseum in 2023: tickets, tours and tips – all you need to know

Romantic things to do in Rome: romantic spots and ideas you’ll love

How to get from Fiumicino Airport to Rome...

Grocery shopping in Rome: all you need to...

Rome in October: all you need to know...

The best Rome airport to fly into: a...

Visiting Rome in winter: all you need to...

How to call and use taxis in Rome:...

What to wear in Rome in May: complete...

What to wear in Rome in March: complete...